There are a handful of different IDentifiers available. This page intends to distinguish them and explain what each of them is used for. 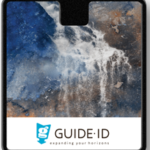 The Object IDentifier is the most basic of the bunch, but also the most common one. This type of IDentifier simply sends out an infrared code – the code is unique to each IDentifier, and is printed on the back of the device – which the Podcatcher can pick up and interpret. Codes look like “EF:FE:1C:AE”; four sets of two characters.

Usage
Write down the code printed on the back and link it to a Stop in the TourEditor. Place the IDentifier near the Stop – next to a painting, at the entrance to a room, and so on – and point the Podcatcher at it. The Podcatcher will now play that Stop’s content.

Battery lifespan
The battery on an IDentifier lasts for quite a while – under optimal conditions they can keep going for upwards of two years. They will eventually run out though, but it’s fairly simple to replace them. 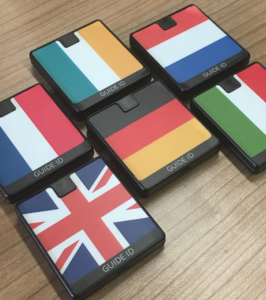 Start IDentifiers have the same kind of code as Object IDentifiers, but a Start IDentifier’s code can only be linked to a Site once – otherwise a Podcatcher wouldn’t know which Tour to start (or in which language).

Read more about starting a tour (and Start IDentifiers) here.